Two big updates since this article was first published:

If you’re a Credit Suisse employee and want to share your thoughts confidentially, you can do it safely here: https://rp38jmcm937.typeform.com/CreditSuisse, or you can send a secure Signal message to +447818822876.

Credit Suisse are desperately trying to stop their customers and investors finding out about their secret scandals. But it’s all coming out. Here are some of the Credit Suisse secrets:

Even when companies like Shell and Exxon quickly announced they were leaving Russia, Credit Suisse decided to try and cover up their half a billion dollar investments in Russian fossil fuels. In other words, their management got together, had some meetings, and decided to put profits over lives. They actively tried to hide their investments so that they could keep their money in Putin’s energy companies. They were even caught destroying files showing that they’re loaning money to some of Putin’s closest oligarchs: 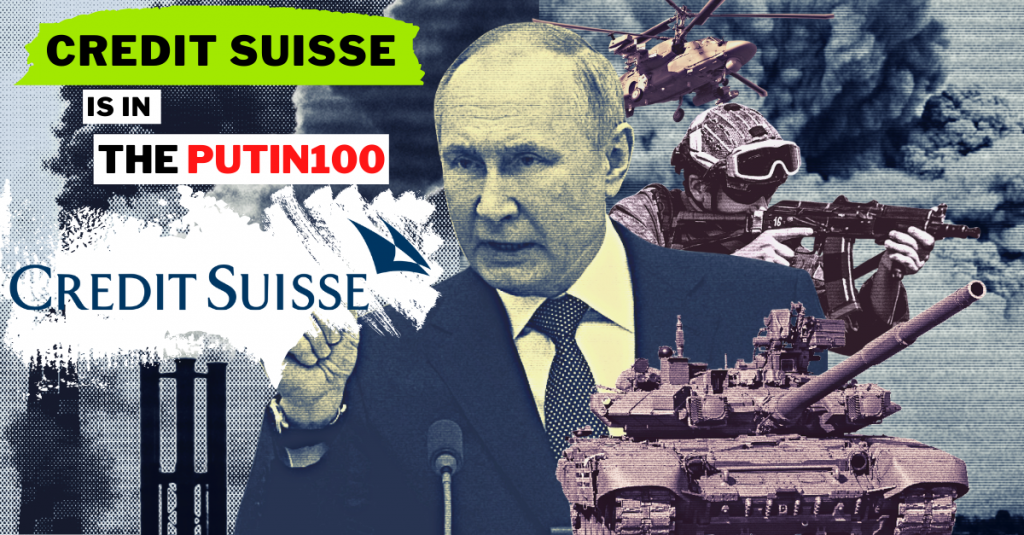 Credit Suisse are the 3rd worst fossil fuel funder in Europe. Since 2016, they’ve given $91bn to fossil fuel companies. That’s money for destroying important natural habitats like the Verde Island Passage. It means more cash for accelerating climate change, so much so that Switzerland is experiencing twice the rate of global warming and has lost 60% of its glacial ice. That’s more money to companies that don’t care about the effects of climate change. All for profit.

Again, they’re trying to hide the truth. They said they’re creating a “Global Sustainability function” reporting directly to the CEO. But their new Chief Sustainability Officer, Emma Crystal, has NO experience in climate. And their leadership have plenty of strong links to fossil fuel funding. It’s no surprise that Credit Suisse are only pretending to care about climate, their main shareholders include Saudi Arabia and Qatar – two fossil fuel giants.

The science is clear. There can be no new fossil fuel extraction to avoid the very worst of the climate disaster. Not only are Credit Suisse completely ignoring that. But they’re doing the opposite – they’re giving billions of dollars a year to it.

It’s why right now, a group of Credit Suisse shareholders are trying to force a change. 12 investors are demanding that Credit Suisse comes clean on how it’s going to align itself with the requirements for a maximum of 1.5C warming. Secret #3: the bank of criminals, fraudsters and corrupt politicians

The Credit Suisse leaks showed the world the kind of people Credit Suisse work with. That includes international drugs, money launderers, corrupt politicians, a known human trafficker and a billionaire who ordered girlfriend’s murder. Credit Suisse don’t care what they’re funding or who they’re working with.

All of this is why Credit Suisse is the first (and only) major Swiss bank in the country’s history to face criminal charges, relating to allegations it helped the Bulgarian mafia launder money from their cocaine trade.