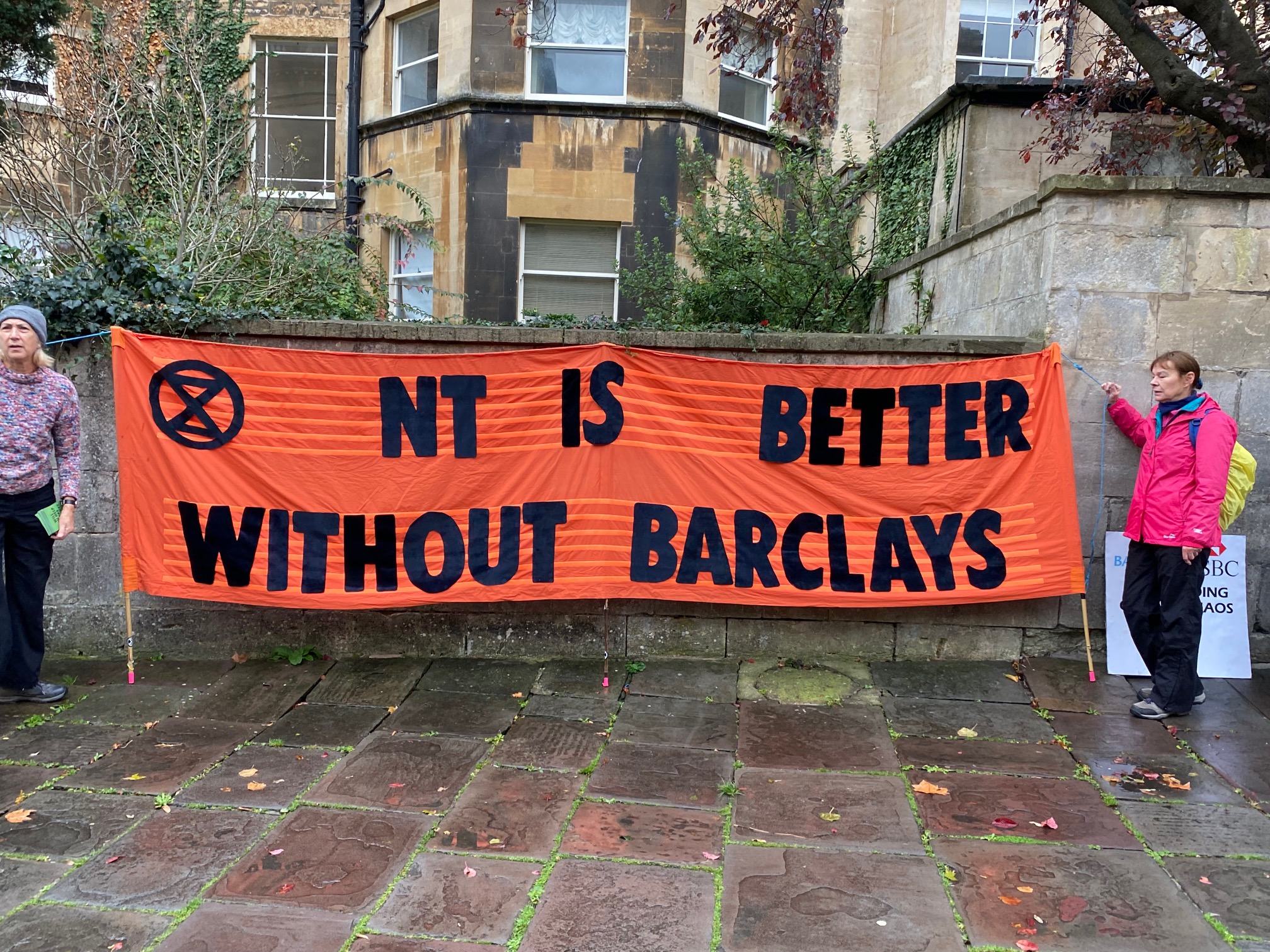 The National Trust, a big customer of Barclays, has agreed to put pressure on the bank to reduce its fossil fuel funding, following unprecedented support by tens of thousands of National Trust members at their annual general meeting last week.

Over 25,000 National Trust members are making the National Trust put its bankers at Barclays on notice. They’re being told that they must address the billions of pounds they’re lending to the fossil fuel companies destroying the climate.

Barclays is the biggest funder of fossil fuels in Europe, and seventh in the world. They’ve given over $160 BILLION to fossil fuel companies since 2016.

The National Trust annual general meeting on Saturday was a lively affair. Outside the event in Bath demonstrators called attention to Barclays’ cosy relationship with major nature-wreckers. This was the culmination of a months-long campaign to get National Trust members to take one single action – vote for resolution 6.

#nationaltrust is greeted today at their AGM by concerned environmental activists saying “We ❤️ the National Trust but not who you bank with”. See @sharklays for reasons why @nationaltrust would be #BetterWithoutBarclays pic.twitter.com/FHZckaUW6W

Resolution 6 would require the Trust to leave Barclays if they fail to dump their fossil fuel customers by the end of the decade.

While the resolution didn’t formally pass, it garnered enough support and attention to make it impossible for the Trust to ignore. And indeed, National Trust bosses committed during the meeting’s proceedings to engaging with Barclays on its fossil fuel record. The hugely popular campaign succeeded in raising the alarm about Barclays – and lots of banks – and their support for major polluters and climate wreckers. It shows that more and more people are waking up to what their banks are up to behind the scenes.

Banks like to show off about their glossy ‘net-zero’ commitments, but behind the scenes they’re the ones shoring up billions in funding for projects and companies that are driving up deadly emissions and trashing human rights.